The DM BR Sooner  x  BR Gabrielle 5082 breeding is the cornerstone of popular CSF genetics. Cattle owned in partnership with the Barbers in Channing, Texas, have been incredibly successful in the show ring the last few years beginning with CSF 18U Olivia 2102, the 2013 Champion Female in Louisville (an Outcross 18U  x  Sooner Gabrielle daughter) owned by Ramsey Herefords. 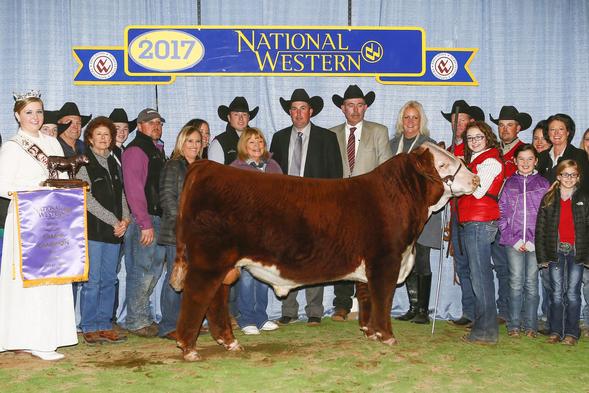 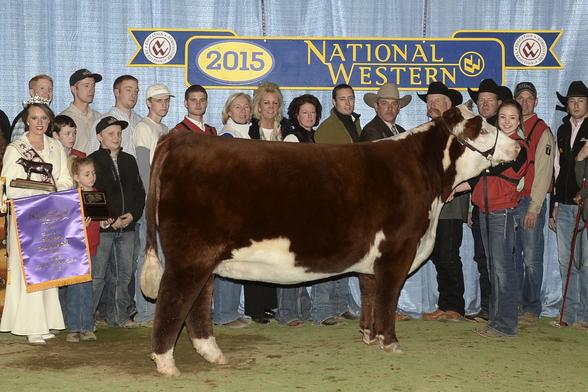 Additionally a CSF 18U Olivia 2102 daughter sired by About Time was Intermediate Champion Polled Hereford Female in Denver this year. 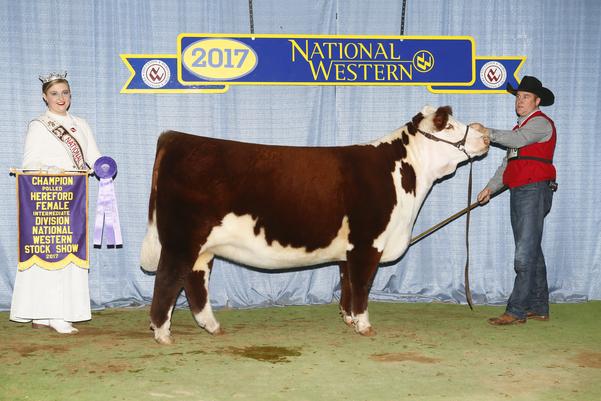 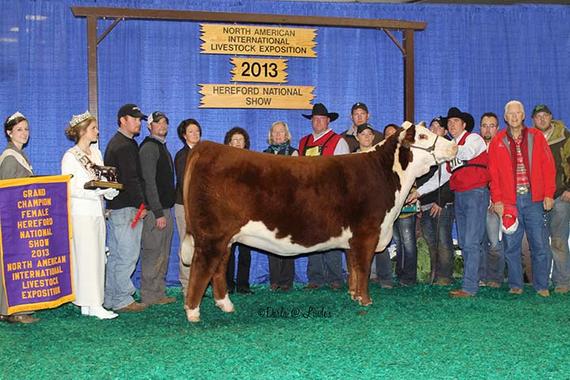 We will some exciting offerings this coming year. Stay tuned!

This was followed by BR Anastasia 3023 ET (a Nitro  x  Sooner Gabrielle daughter) which was Champion Female in 2015 at Kansas City, Fort Worth, and Denver! She was then named "Miss World" by HerefordBreeder.net. The competition featured champion bulls and females from 66 countries representing six breeds. Then BR Nitro Aventus 3116 ET, Anastasia's full brother was Champion Bull and Supreme Champion in Denver in 2016.